The life and legacy of ORU theatre professor, Laura Holland

A look into the history of Holland's career at ORU as she prepares to retire. 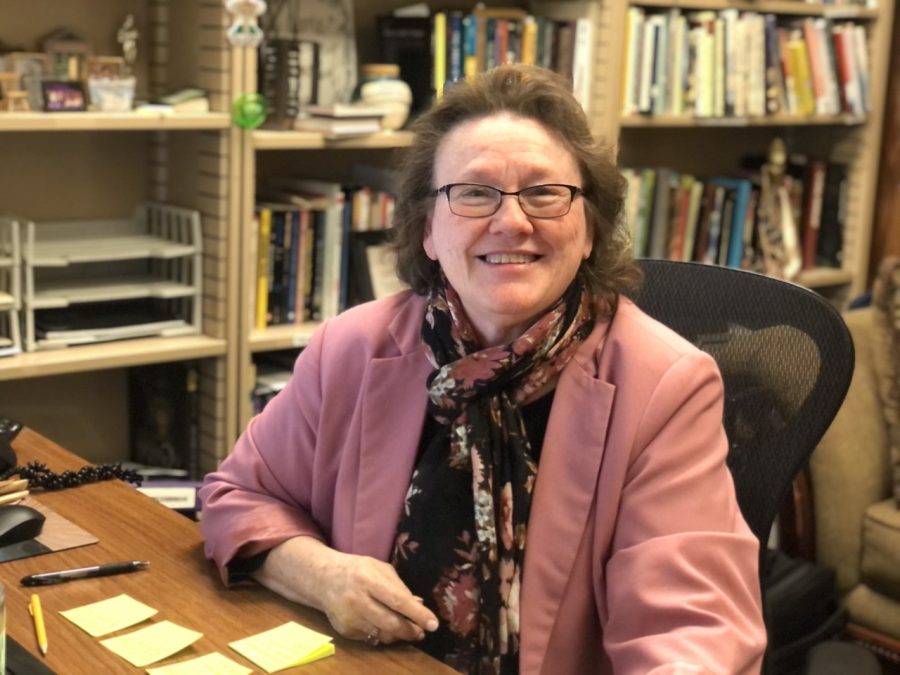 Retiring this spring after 45 years as a faculty member at Oral Roberts University, Laura Holland has been a pioneer in the theatre department where students and colleagues describe her as a friend for those in need, a mother to the motherless and a time capsule holding memories of Oral Roberts himself.

From 2004 to 2016, Holland chaired the Communication, Arts and Media Department, then she chaired the Theatre, Dance, and Visual Arts Department from 2017-2021. After receiving a bachelor’s degree in communication education from ORU, she earned a Masters of Fine Arts (MFA) in theatrical design from the University of Oklahoma. In her repertoire, she has also directed more than 95 plays, designed sets and created and repaired costumes for more than 100 plays professionally and at a collegiate level.

“I was a freshman in 1970 at the University of Nebraska studying music during the Jesus movement, and I had a life-changing encounter with Christ,” Holland said. “I was a part of an exclusive singing group, and my friend was fighting with his mom.”

The friend’s mom went to a full-Gospel businessman’s fellowship and came back and said, “I have been a hypocrite for 40 years, and I am going to try and live for Christ.”

In two weeks, Holland’s friend’s family was filled with the Spirit, and their lives changed.

“I started going with my friend to church to get him away from those crazies,” Holland remembered, “and there I had an encounter with Christ.”

Holland came to ORU as a student after her friend started talking about the university, which led to her eventually receiving an invitation to a college weekend.

When Holland teaches her introduction to theatre class, she starts with a book that talks about how to engage in culture. It will help students combat any identity crisis they may be experiencing, she said.

Another part of her curriculum includes the “artistic concept paper,” where she teaches students how to develop their own philosophies of art and have students write their own creeds.

“She cared and poured into every single one of her students,” Land said. “She was always there to encourage us and she always had a giant smile. Even when things may not have been going the way they were to be expected, she always saw the light at the end of the tunnel.”

Land’s best memory of Holland was during the “Bright Star” musical.

“I do not sing or dance, and I had made that clear within the department,” Land said. “But Mrs. Holland somehow convinced me into doing the musical, which was one of my greatest memories at ORU. What she has taught me as an actor was never to compromise my faith and beliefs for any role. I always need to stay true to who I am and pray over every opportunity that comes my way.”

Holland remembers her first day of class as a student at ORU and how a biology teacher started class with a prayer and then started the lecture talking about how “Christ is light and all of life is in light.”

Holland was blown away, almost to the point of tears, because she could not believe that she could have an intelligent academic professor filled with the Spirit.

Holland met her husband in her sophomore year of college. In August 2022, they will celebrate their 50th anniversary.

After receiving her MFA degree, Holland applied for a job at ORU and started teaching at the university in 1976.

“My dad used to say if you love what you do, you will never work another day in your life, and so I haven’t worked in 45 years,” she said.

Curtis Ellis, dean of the College of Arts and Cultural Studies, described Holland as “the memory keeper for our college and for a lot of things that have gone on in the university.”

“She knows the people and the stories, and she knows the significance of where things start and originate,” Ellis said. “There are not that many people left who have that knowledge.

“She has seen the theatre department through so many changes and evolutions and growth points I am really excited and happy that she has been able to finish her career on her own terms, and this year getting to just be a faculty member and not have to worry about all the administrative work.”

“Her commitment to the arts, love for students, and passion for God’s presence have helped shape our theatre and communications areas of the university,” Wilson said. “Laura’s personal Christian testimony and willingness to share Jesus with others is such a blessing. Professor Holland has been a bedrock for our theatre programs at ORU, and she will be sorely missed.”

Wilson hopes she will return to campus to help with a production after the university builds a new Media Arts Center.

“Laura is loved deeply by students, staff, and faculty alike, and this president could not be more appreciative of the legacy of service Professor Holland has given to ORU,” Wilson said. “Well done, good and faithful theatre professor.”